For anyone else testing, Imperian is now sending out room numbers via ATCP. Unfortunately there are some problems with sending out Room Numbers with MXP. I have touched base with Zugg to see if there is something that can be done.
Top

With the pathing algorithms more or less decided (going to use one of the standard ones or modified, just doing testing atm on the data we got) and the model to come after that, what needs to be done meanwhile is an understanding of the geography different MUDs use so we can be flexible enough in the storage/pathing, along with room detection for the mapping process. I started a thread here: http://forums.mudlet.org/viewtopic.php?f=7&t=1194 if you know of a MUD that isn't listed, do add it in!
Top

Features that I would like: Aardwolf is a breeze to configure a mapper for, have "tags" made especially for scripting. Sample room (with all bells and whistles enabled)

@jeremys post: sorry, deleted by accident trying to delete mine. But yeah, it's ok, I misread what vars do if you read that.
Top

Will this be an acceptable way to do it for Mudlet as well?

These are 2 screenies to discuss map viewer properties - specifically, how to make it that it's easy to use, in particular, should be use different colors or color hues for height levels e.g. ground floor = green, the lower you go the darker, the higher you go the lighter?
The screenies only show the area of the home city of my Imperian test char - unsure about the city name, but i believe it's Ruins of Caanae or similar. The real map will contain the rest of the areas also in the picture which amounts to 190+ areas and about 20.000 rooms in this case. How do we make it that it's useful. 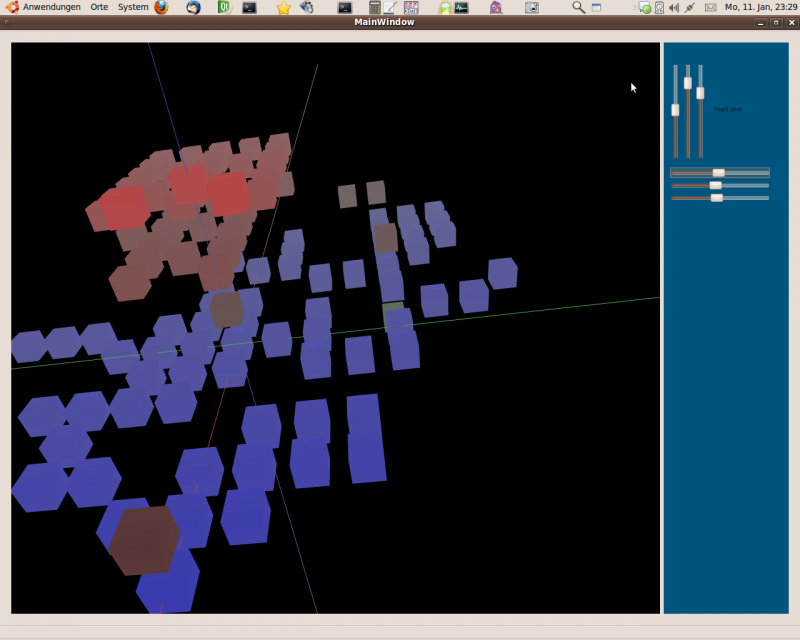 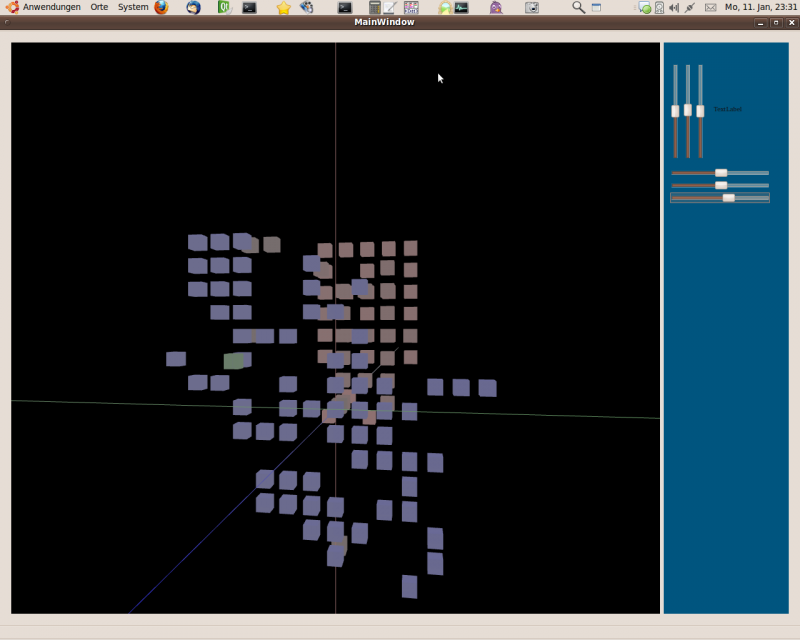 That is wicked cool.

I think a green color for the ground floor good. Levels can become progressively lighter reds as you go up and blues as you go down, as in your example image. Character locations could be signified a yellow room.

Not sure if you can do it, but higher/lower levels would need to be semi transparent so you can see through them. Users will probably want the option to only their current level, and hide or turn off all other levels.

I have a dozen more ideas, but I will hold off on them for now.
Top

We were actually discussing this in the irc channel today, which prompted the post with the screen shots.


I think most of us are in fact onboard with the transparency idea, though we don't want the colors to be hardcoded (so you can color code based on environment, for those muds which have such a thing) and instead do varying levels of transparency. Fogging, as 'twere, based on the current room you're in, though, and not on the camera location per se. so current level is completely opaque, the level above and below are each 50% transparent (this number made up, and obviously subject to change), the ones above/below those 30%, 15%, hidden... or something like that.

An option to toggle current area only was also put forth as a decent idea, current level could also be good. I think there was some talk of having multiple display interfaces available, 3d, ascii, 2d nonascii, etc...


share your ideas though =) The more ideas we have, the better we can make it. Which is to say, the better Heiko can make it, cuz he's the coding guru amongst us.
Top

Ah yeah, I was thinking environments as well, and that would be easy to pass along.