Recently introduce to the codebase was a control to reduce the possibly spammy output for Timers in the Debug console window.

Suppose there is a Timer with more than a few lines of "script" that fires every second like in the follow example; by default, every time it fire the entire contents of the script (or a command if that is set) is echoed to the Debug Console - and it can quickly fill up the window:

Now, by setting a control on the Special Options tab on the Profile Preferences, you can have the output of timers with a duration less than the given duration NOT output all the detail: 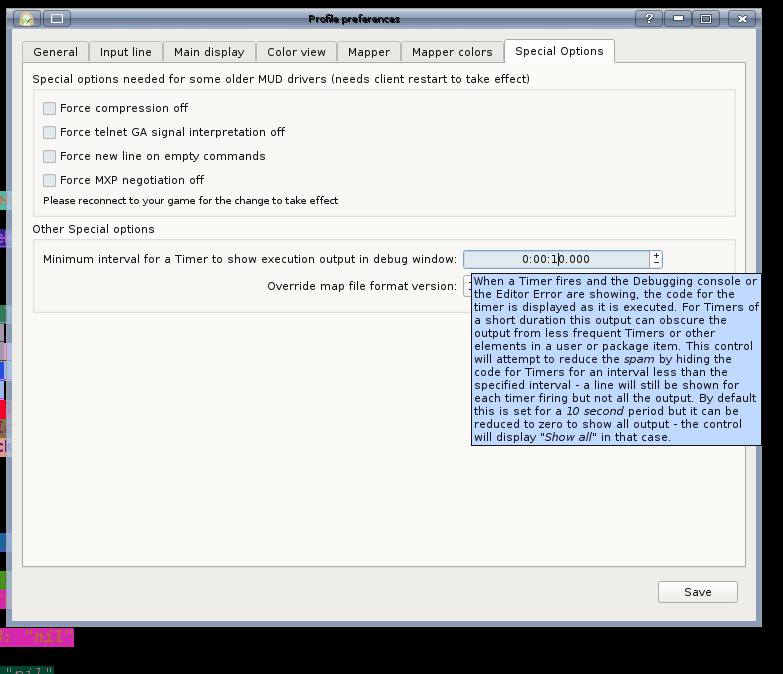 Note that you can remove the detail (but NOT the line that says which timer was run) - this is the same output for the same duration: 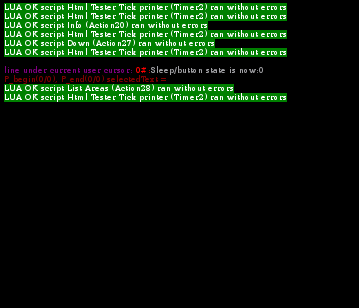 To restore the display of everything (as before) you can wind the control back down to a zero time (in hours:minutes:seconds.milliseconds, as per the timer duration setting controls) - where it will display "show all": 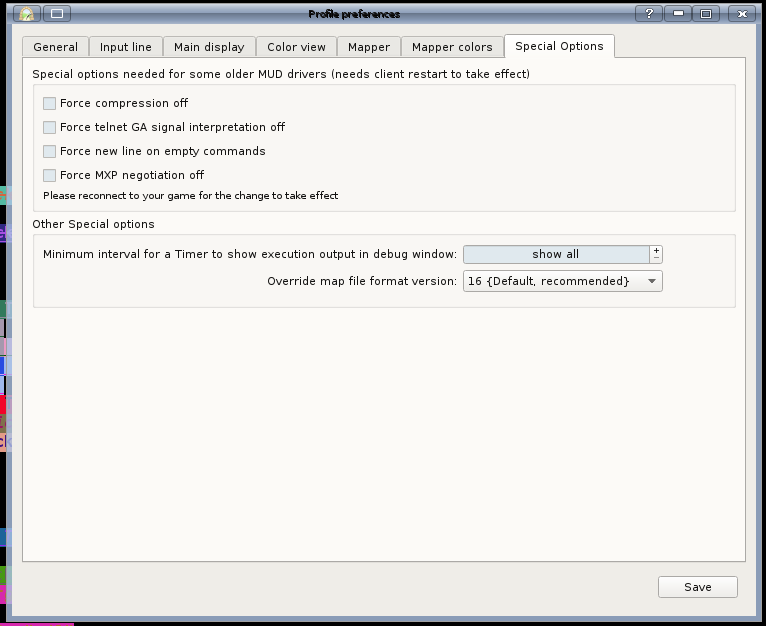