by demonnic
Some of you may remember me from such hits as fText, anitimers, and iGauges. However, my best known work may very well be YATCO(Yet Another Tabbed Chat Option). And it's pretty useful, if I do say so myself. But there have always been some improvements needed. 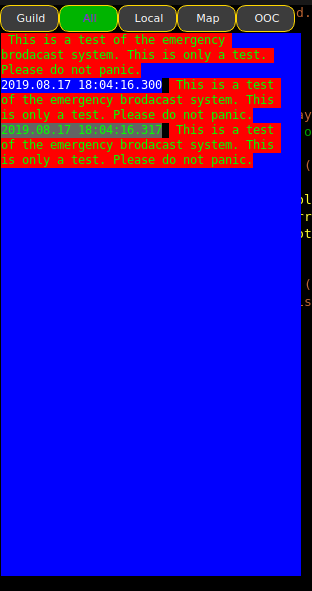 by demonnic
Release 1.1, adding scrollbars as well as an option to include an extra blank line between entries on the consoles.

by demonnic
Decided I could improve the convertYATCO() output, so 1.2 happened: 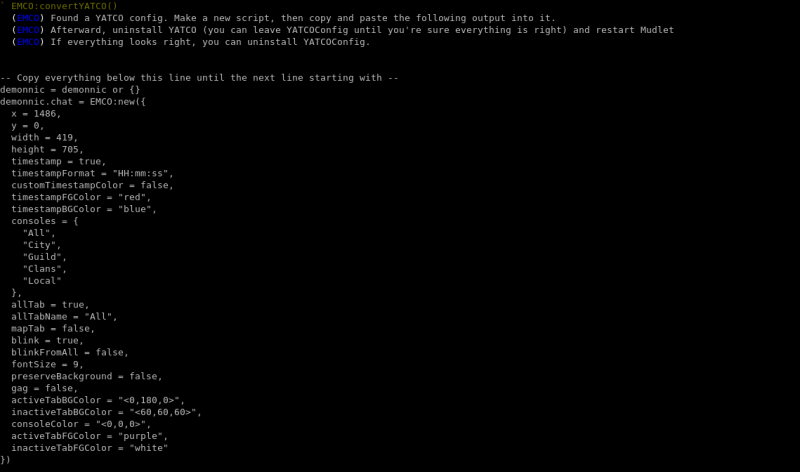 by demonnic
1.3 has been put up, fixes a bug where the miniconsole widths were being initialized at 300px instead of 100% like they should.

by dragonsmall
I import EMCO.mpackage (1.3),but not show, whether you still need to operate.
I have tried to disable or remove YATCO and still can't solve it.

by demonnic
I'm sorry, I've been out of commission due to surgery. I'm not sure I'm following the issue though. You have to run the EMCO:convertYATCO() function to have it give you the code to replace YATCO with.
If you still have more problems, try to explain a bit more what you are trying to do and I'll try to help. You can also come to our discord (link in the top right of the forums page) for a bit faster help loop.

by Alyven
Make Emco moveable by doubleclicking the first tab.
Works for the example on the EMCO wiki.
Change the values at emcos and container to make it work for your EMCO.

by demonnic
Mind if I take this and fold it into EMCO proper?

by Alyven
Not at all.
Would be very nice.
I still don't know how to save the position.

by demonnic
I'll take a look at it when I add this bit in. *adds it to his stack of stuff to do*
All times are UTC
Page 1 of 2