Automapper (for The Two Towers... beta)

Automapper (for The Two Towers... beta)

This is far from being as user friendly as I would like it to be and would suggest that only advanced players try to use this but there are some that could have alot of fun with it so, here it is.

the .xml file needs imported into mudlet and when it asks, point mudlet to the gfx folder...

Commands you will need to know to use it..... (all preceded by O as in Omit not a zero) 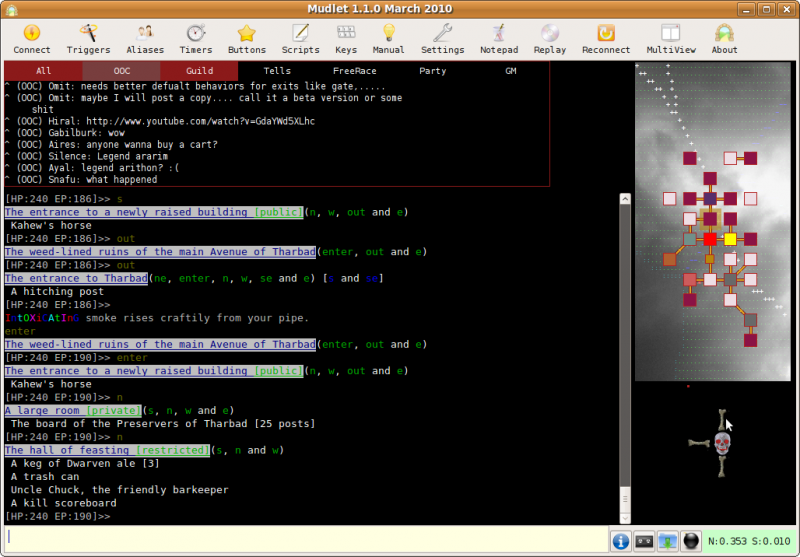 Anything off the 'main grid' is mapped using a graphical map 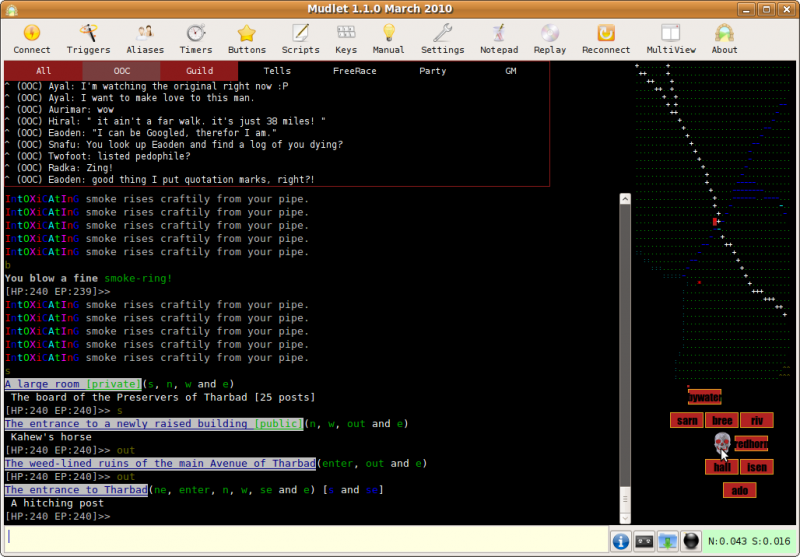 Other things to know (that I can think of at the moment) ....
You can use the map command on the main grid to map large sections of it but... when recording of rooms(Omap) is on it hangs my client for almost a min while it gathers the info for the 650+ rooms and saves it (my computer is slow, maybe it will work faster for you). It is fast when you are not recording the map. Doing this also will cause the mapped info for rooms(if saved) to be generic and are then useless for the Oshit command, I recommend using the map command once for an area(recording it) before you start saving and mapping. (hope that made sense)

I am sure there is something else but... it's a beta version

Re: Automapper (for The Two Towers... beta)