Capturing Ascii map from a mud and adding it to your map.

Capturing Ascii map from a mud and adding it to your map.

Code: [show] | [select all] lua
I have been able to Capture an ascii map from the mud I play and add it to your mudlet map file. (This will be included in the mapping script I have posted.... whenever I update It.)

This is what the ascii map looks like for the "The Two Towers".( minus the "map reset" and "*" echos) 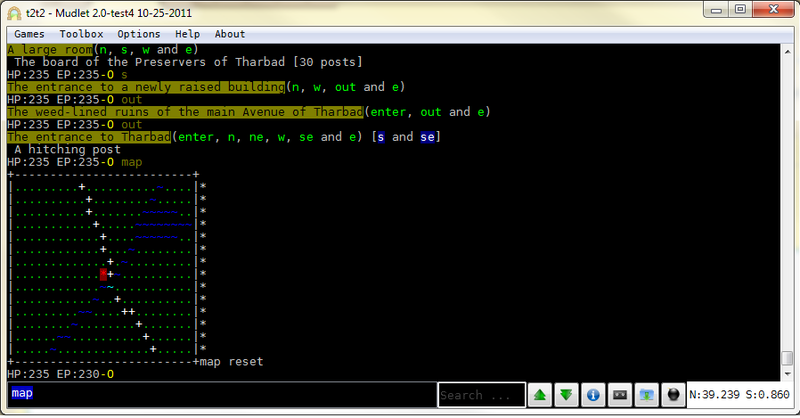 Here is the code to make that work. (I feel this is the weakest part of this but have not rewritten it yet)
Code: [show] | [select all] lua
(Just thought I would try to document this.)
Top
Post Reply
1 post • Page 1 of 1