All and any discussion and development of the Mudlet Mapper.
Post Reply
90 posts

Yeah - I can confirm this. It can get annoying to select anything on the map when you have a lot of labels due to these boxes (they stack) popping up.
Top

Looks like chris already implemented a fix! I have a new system, so haven't set it up to compile yet but will do so soon and give it a shot. Woo!


EDIT: Wow, what a huge improvement. One minor issue though - it appears that selecting the label is also selecting "through" the label, such that as I drag a label around it is at the same time selecting rooms. The expected use case would be that if a label is selected, it is exclusive unless picked up as part of a lasso selection. One big caveat though - I'm still compiling with a lot of outdated libs because I'm still using the package from the older thread on the forums (ie., QtSDK 4.7.3). This is bad and may make this 'bug' invalid.
Top

Sorry for the late reply. I deleted everything and re downloaded. Things are looking better. Here is the next 2 problems I saw while mapping out pinnacle.

I was walking towards chaos and I went 1 too far north(on the west side there and I hit a dead end at the dot that is (thinking in grid terms) 3 north of cot. It had an up exit and west only. I clicked the room 1 south of that and it fast walked down there. But it added that extra not-real room north of that which is a mirror of where I was. I repeated and another mirror fake room above that(seen on the map). Is it just bad to fastwalk while mapping? A

If you look at the room nw and north from cot(in grid co-ords) it has a west ext that is not real. I went into the exits editor for the room and it doesnt show a west exit. I also looked at the custom exit line thing and it also doesn't think there is a west exit for that room.

Running tmap showexits on that room gave the following error:
<[string "if not tmap then..."]:175: attempt to concatentate local 'arg' a (a table value)>


Thanks for all your work on supporting 3k! I used to be a lord there and its nice to see the mud still thriving. 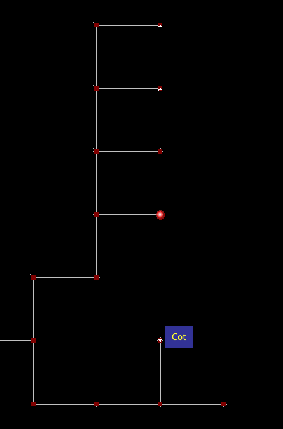 Fastwalking while in map mode _usually_ works fine, but if you have hit a dead-end while walking it is a good idea to make generous use of the "tmap dirclear" command. This will clear up any directions stuck in the queue, which is likely what happened in your case.


EDIT: And as is chris' way, this was fixed just a few hours ago. Grab the latest from his github site!
Top

Is this the same chris that used to be a wiz on 3k? If so weren't we in juggers together or something?

Any idea how to manually remove a bogus exit like the issue#2 i mentioned above?
Top

I put in an automatic clear of the dir queue when speedwalking to avoid this. For the bogus exit click on the room so it highlights, then right click and it and choose exits, then delete the exit.
Top

As you can see in the image, its treating the bogus west exit just like any other exit that isn't actually there. So I can't clear it out because its already showing clear.

Oh that's just an exit stub. You can do 2 things:
tmap updateRoom in the room will replace the exits/descs/everything with the current room.
clear the exit stub through a script using setExitStub(roomid, dir, false)

The first is obviously the easiest.
Top

Is tmap mapon a global kill switch? I wanted to basically put it into "read only" mode so i turned that off, but then it wouldn't follow my position on the map.
Top